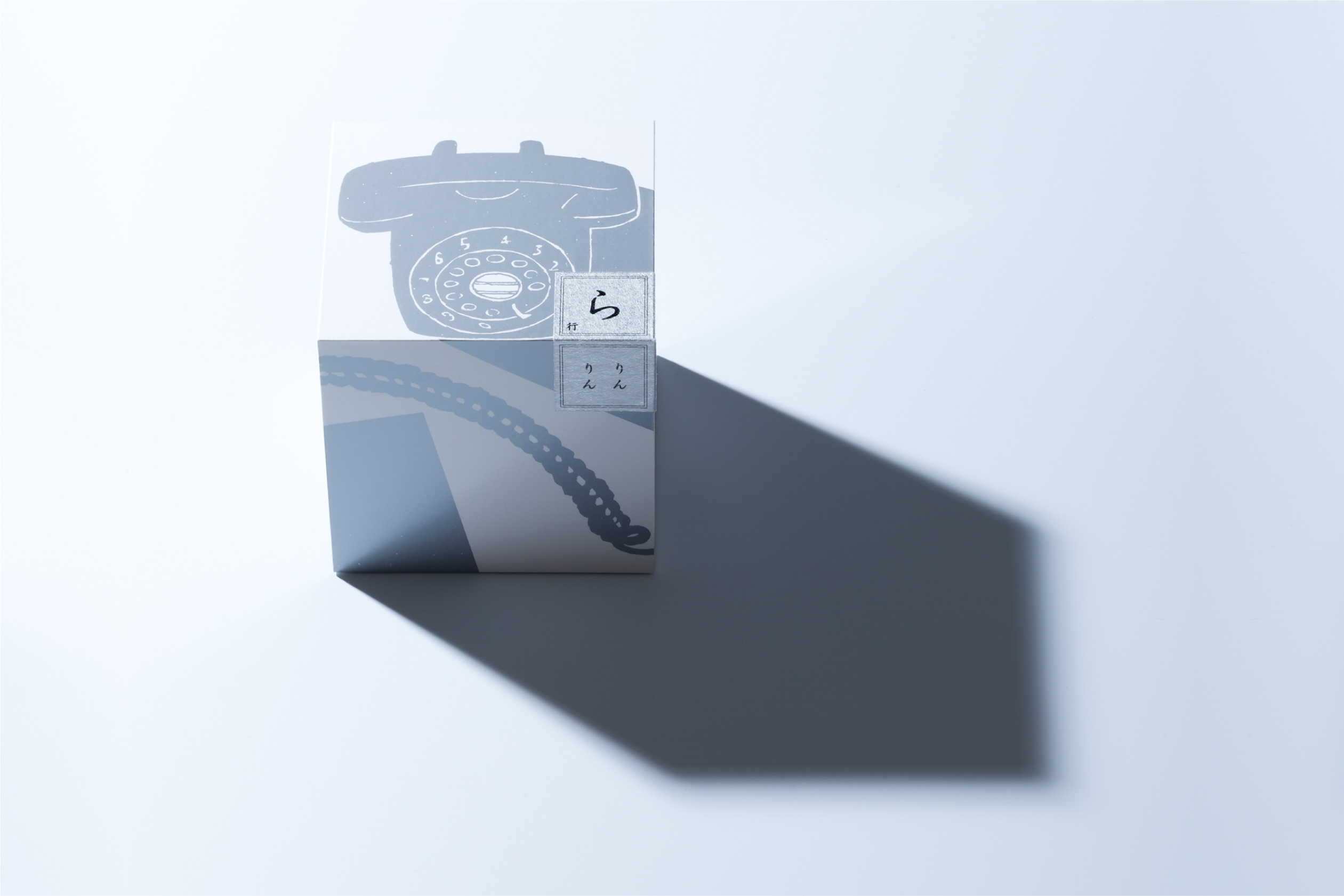 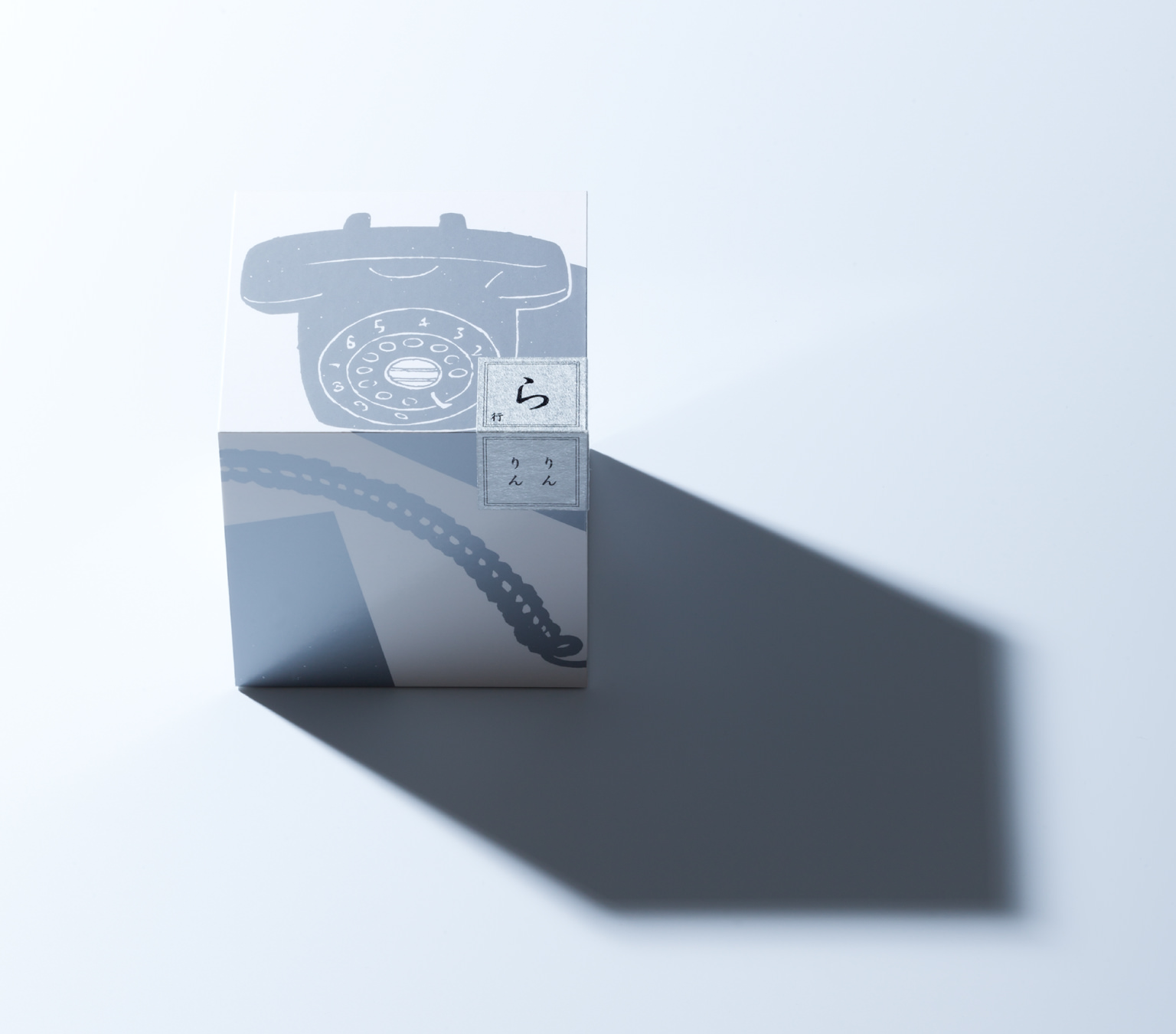 This was a project that we exhibited at the “Nihon o Tsutsumu: Utsukushii Nihongo o Mochiita Pakkeeji Dezain” (Wrapping Japan: Beautiful Packaging Designs Using Japanese) Exhibition held in 2016 by the Japan Package Design Association (JPDA). The theme for the wording on the packaging was “zawameku” (to rustle, to murmur, a hubbub). Out of the blue, you’re attacked by a sense of apprehension. Something scares you; it confuses you. We took the rich lexicon of Japanese onomatopoeia used for such indescribable emotions as the motif for ten boxes, packed full of such noisy words.