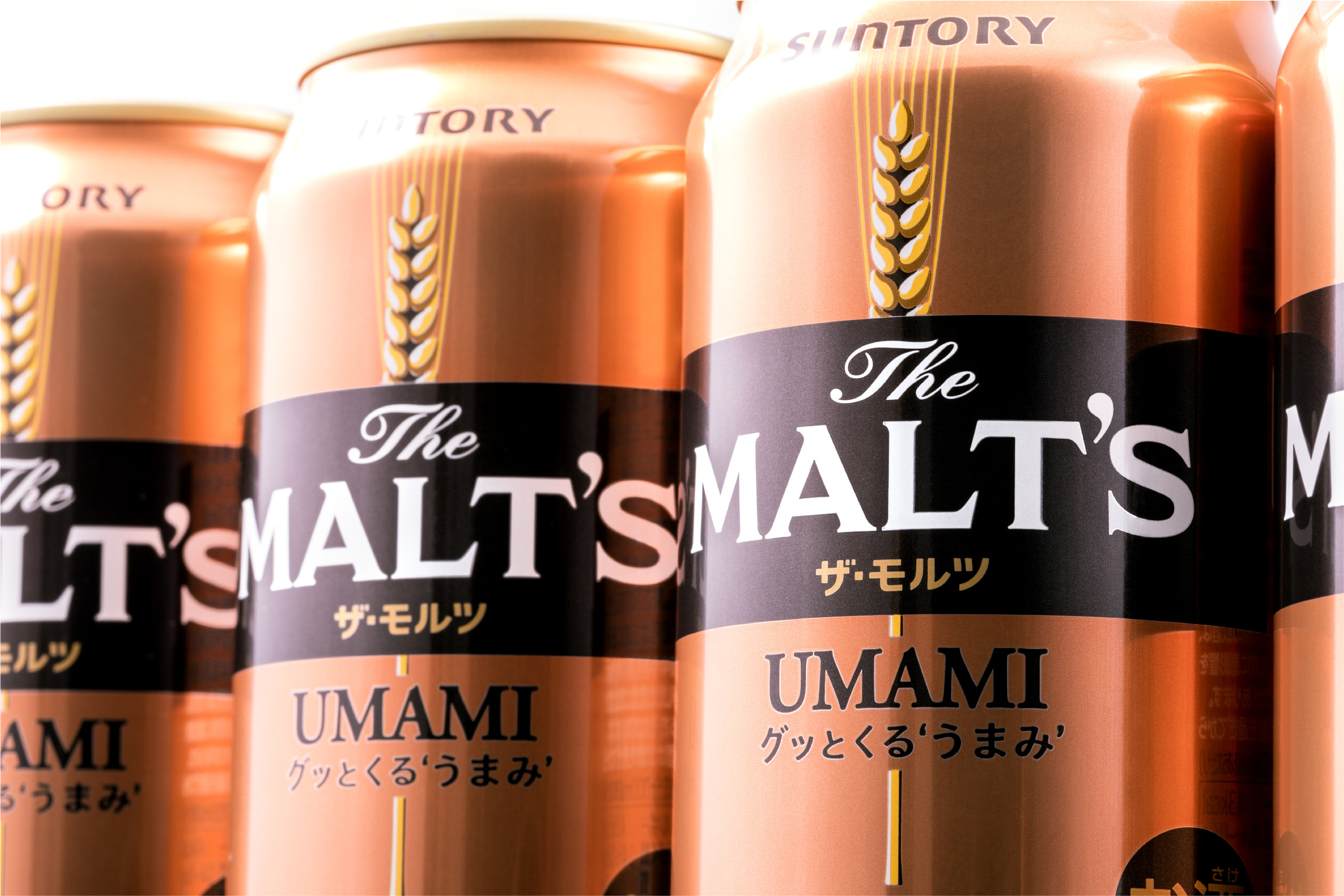 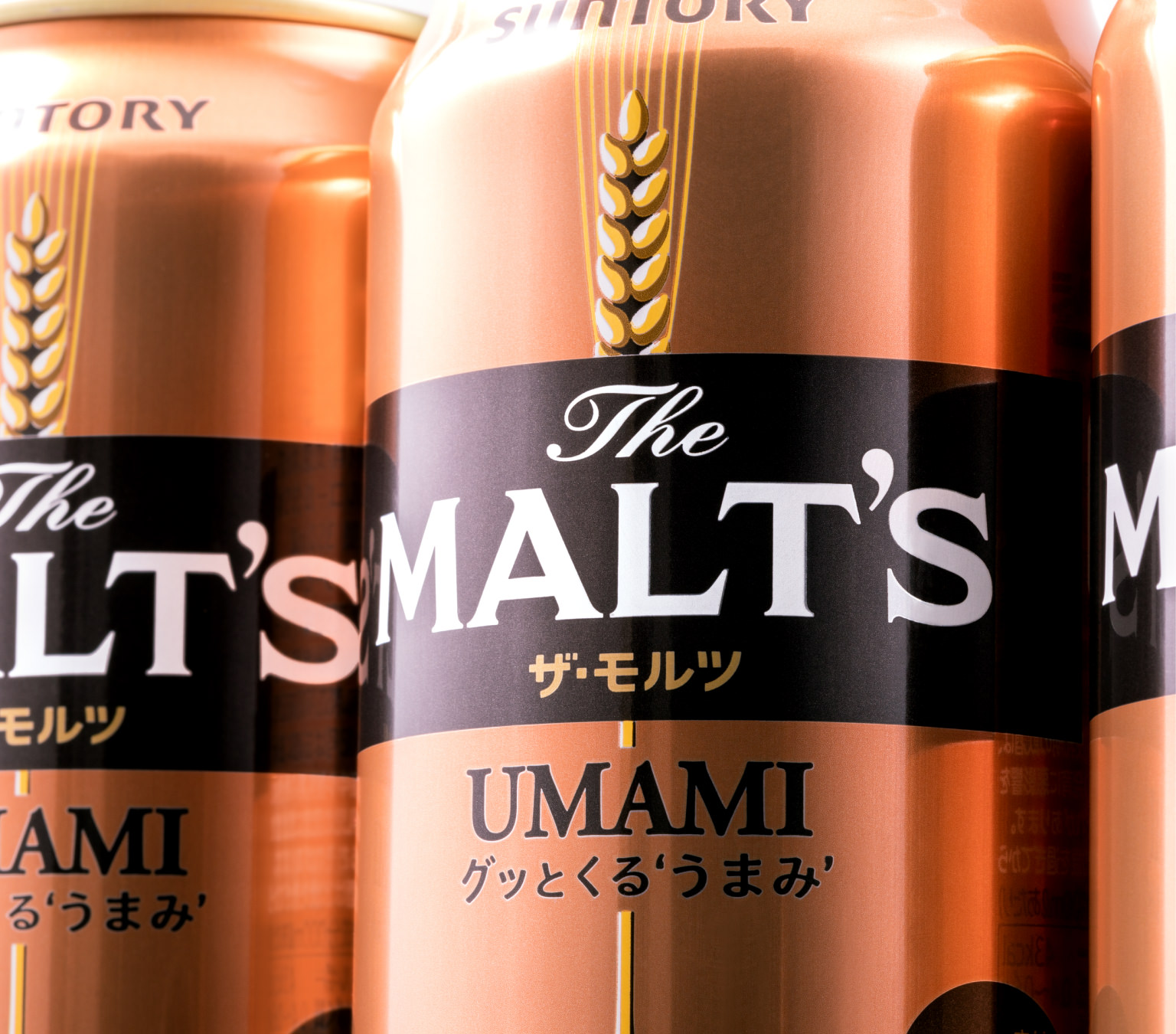 The design served to revamp the image of Suntory Malt’s, which was released in 1986. It was developed in line with the slogan “an unprecedented new beer” to serve as a trigger to the standard beer market. It was released in September 2015, while an updated version that provided strong imagery of the copper kilns used in the beer brewing process was released in May 2016. The product went against the tide of standard beers, adding a rich umami to the predominantly dry flavor palette.