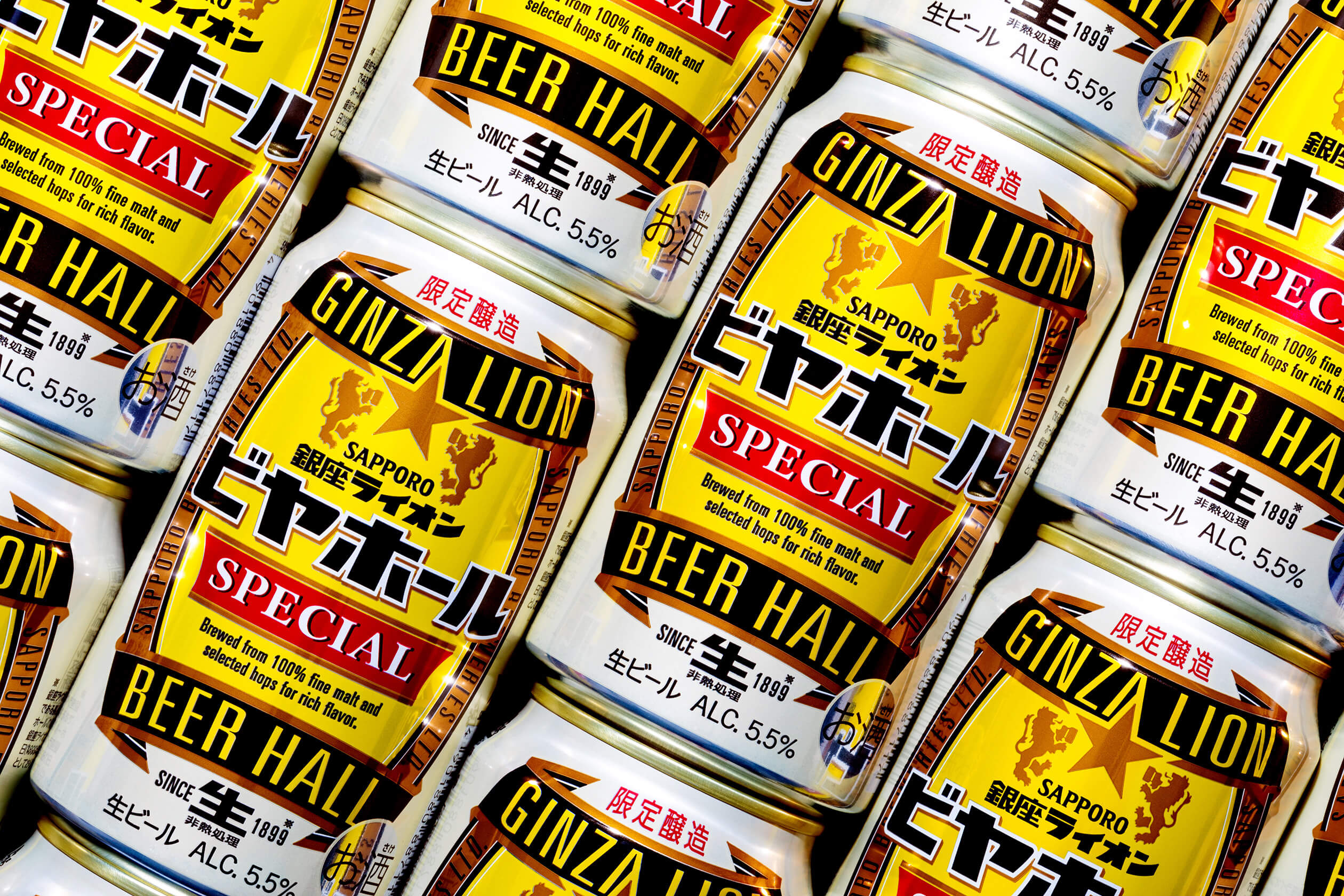 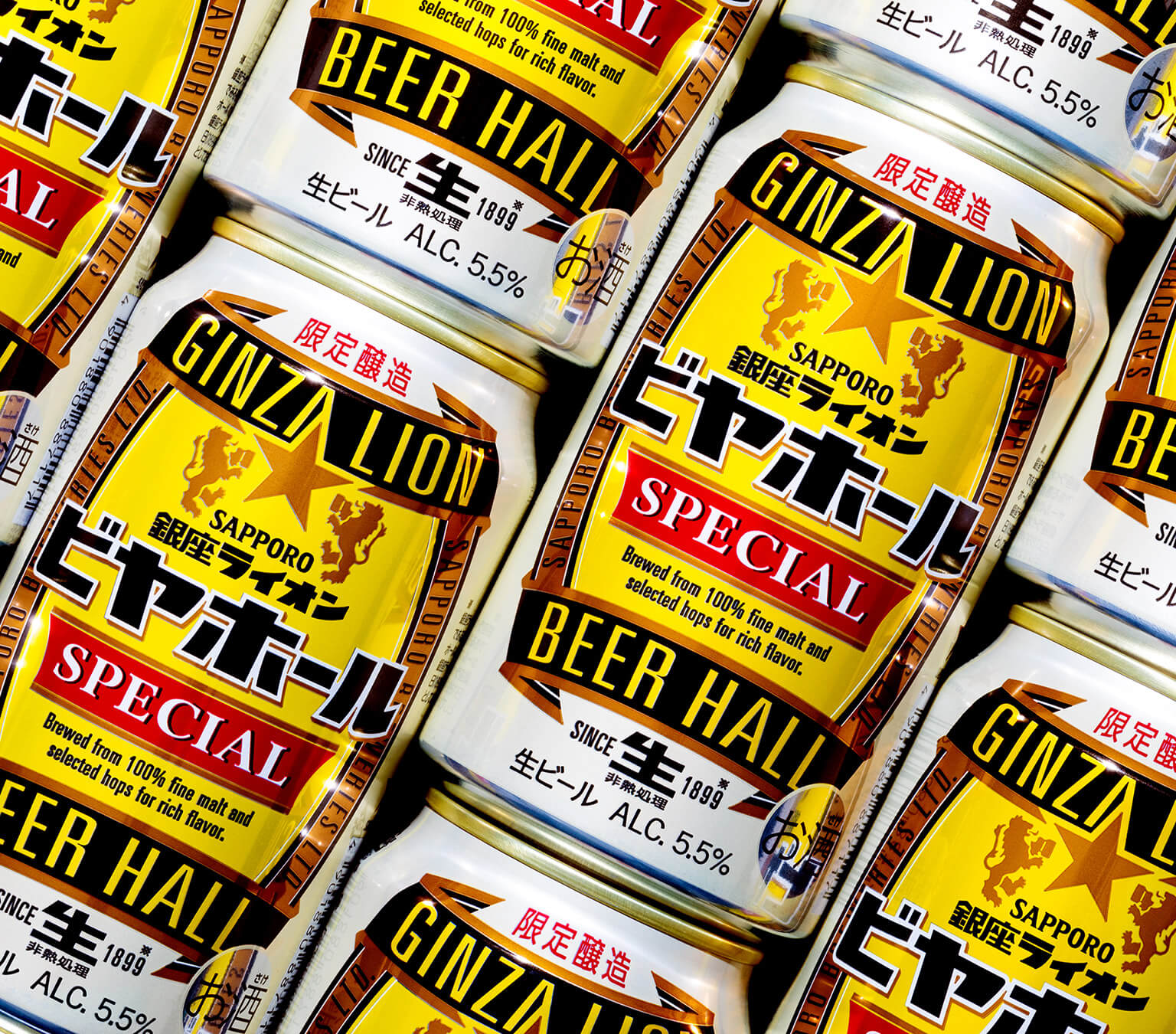 This design was for a limited release draft beer produced by Ginza Lion, the oldest beer hall in Japan. The design was inspired by the desire to supply a feast for the eyes, to provide a visual of “true old-fashioned draft beer” and of an authentic beer hall such as the Lion, whose history began in Ginza 7-chome in 1899 and has continued for more than a century. 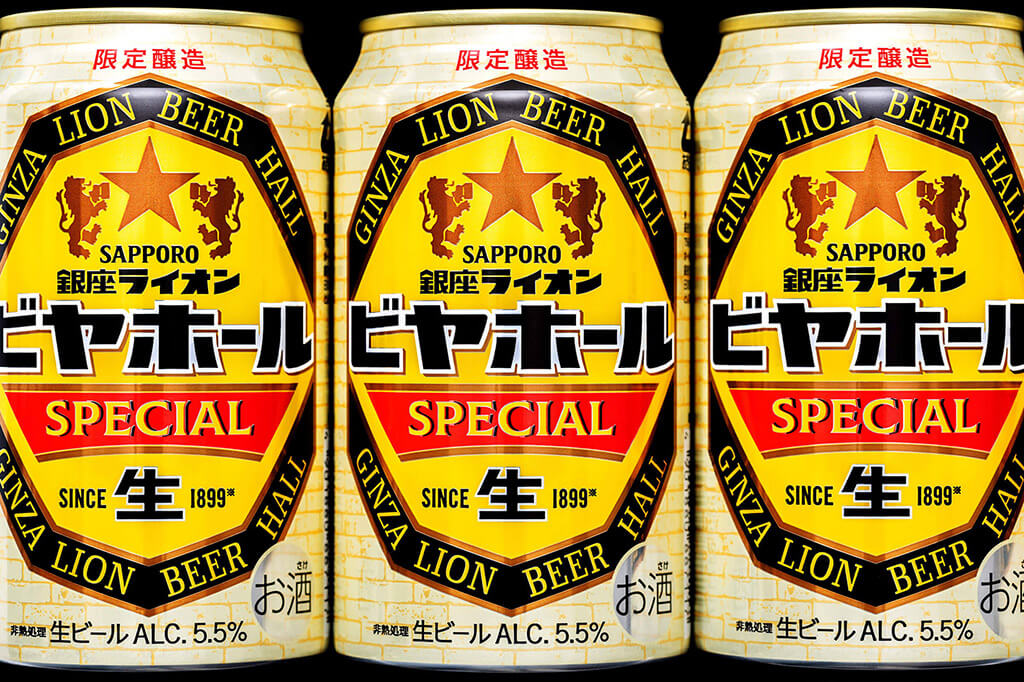