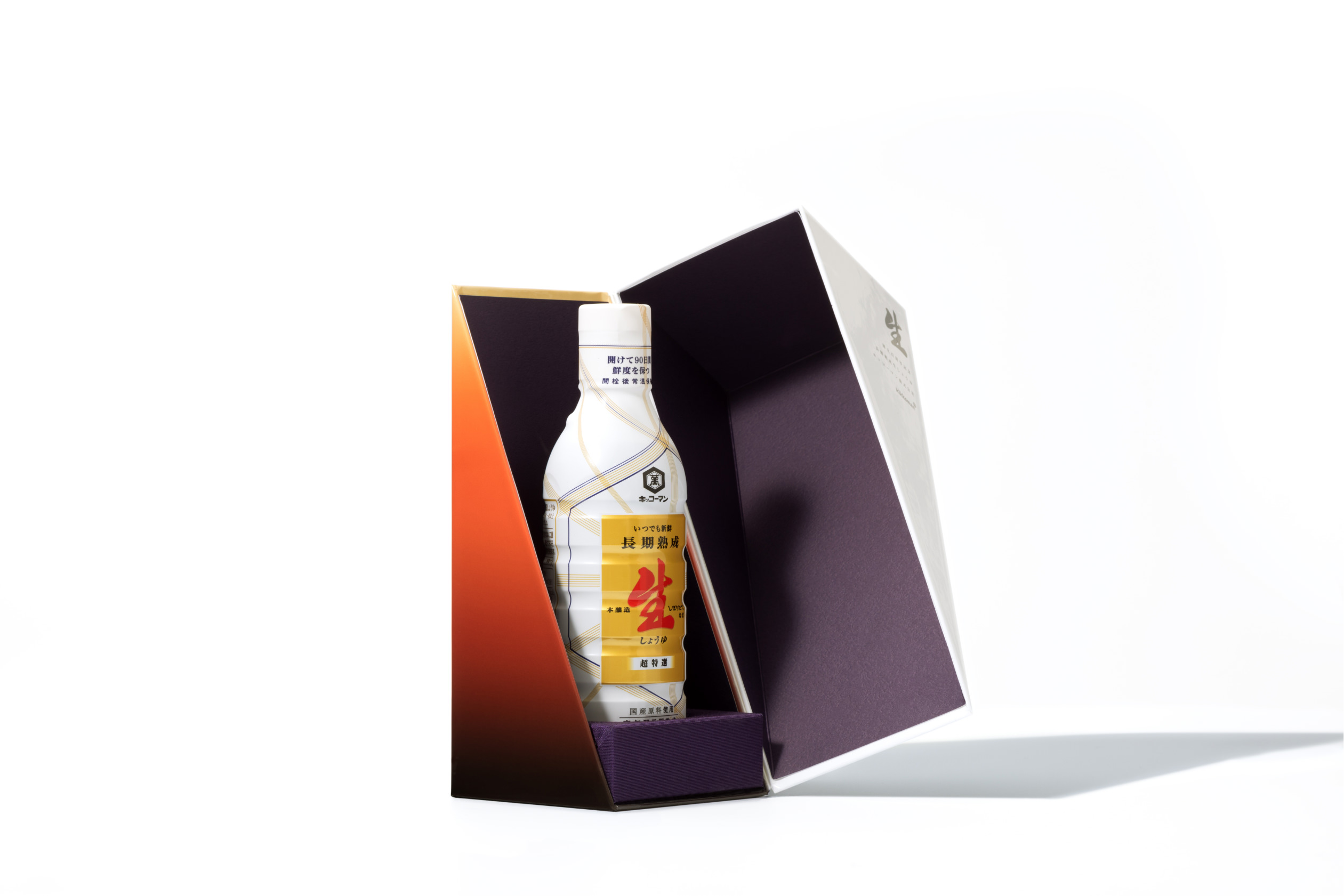 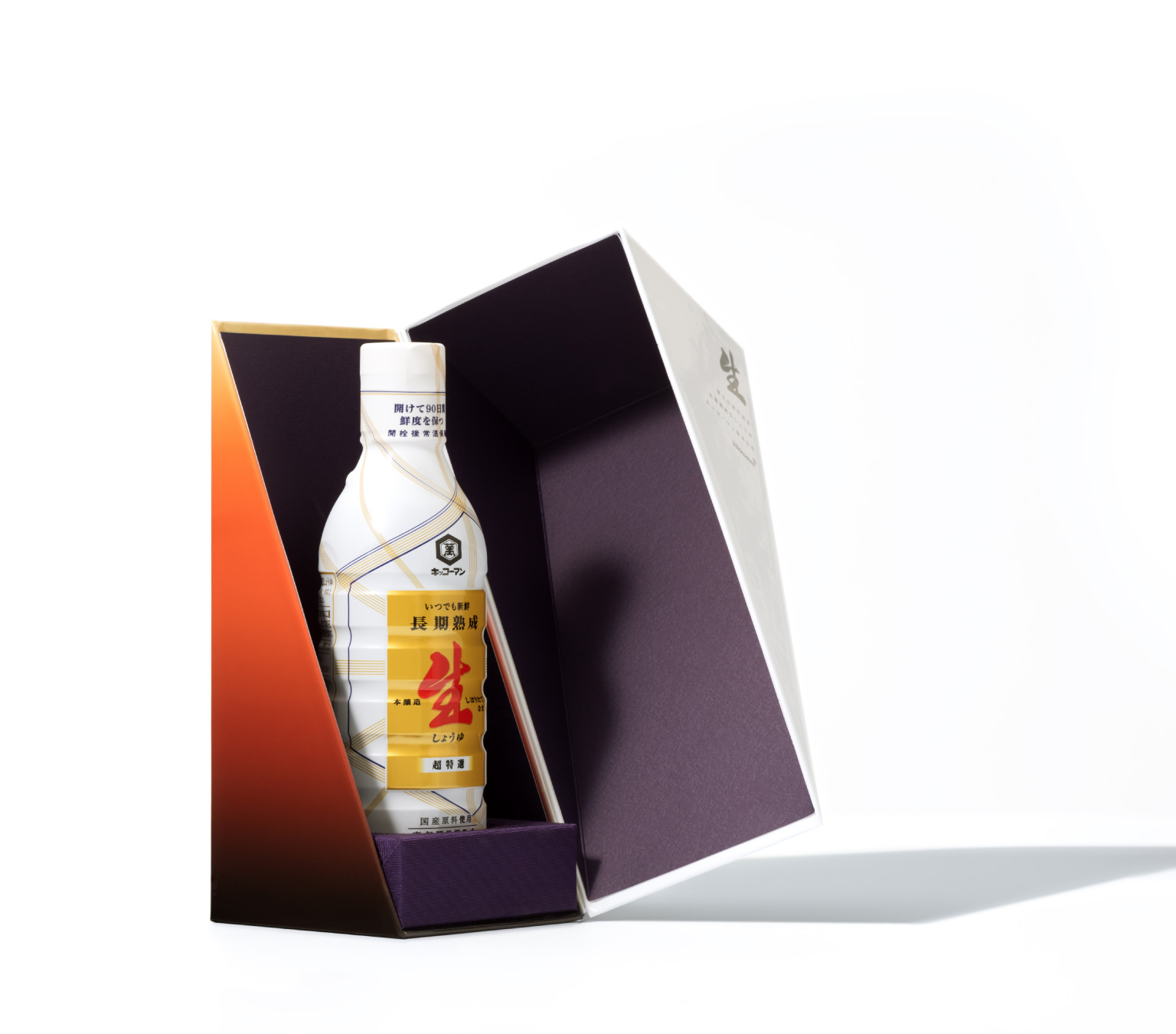 Noda Shoyu (today’s Kikkoman Corporation), a merger of eight soy sauce brewing family companies, was established in 1917 in Noda, Chiba Prefecture. The company celebrated its 100th anniversary in 2017, and this bottle was created in commemoration of this milestone. The company’s clean image and Japanese roots were expressed via the shape of this box resembling a cube cut diagonally, while the rich flavor of pure soy sauce was communicated using a reddish-brown gradation. The fine gold lines on the bottle itself are an allusion to the traditional techniques the company has continued to employ over the past 100 years.